Recently, I went to a new bar to meet some friends on a Saturday night. I hunted for them across three levels of dancefloors and eventually found them on a balcony. By that point, I was in a rip-roaring bad mood – not because I couldn’t find my mates, not because I’d pushed through three levels of dry-humping youths grinding to the beat, but because after TEN MINUTES of walking through the bar, my ears were hurting so badly that I felt like I was underwater. Which brings me to my point.

Youth of today: Be careful with your hearing. Like your virginity, you can only lose it once.

For many reasons, I fear that the youth of today will experience hearing problems later in life. Generation Y will become Generation ‘What?’. I’m not the only one with this fear. New legislations in Europe mean that all personal devices and music players must have their maximum sound output capped at 85 decibels (experts reckon hearing damage can begin at anything above 80 dB – some of our music players can go up to 100-110 dB, which is louder than a pneumatic drill). How often do you see a teenage boy in a hoodie on the tram, blasting music through his headphones so loud that you can hear it from five metres away? Best that he listens to it now – because he sure as shit won’t be able to hear anything when he’s older. And thanks to some of the bars and nightclubs that blast their music - past the 'LOUD' level, past the 'DANGER' level, all the way up to 'PAINFUL-AS-FLIPPITY-F*CK' - the rest of us are in danger of damaging our ears for good.

I am particularly sensitive when it comes to this issue because of my Dad. My Dad, who wears two hearing aids and jokingly responded “what did you say?” when I rang him to discuss this topic. My Dad, who not only taught me to arm myself with humour, but also to guard my hearing as intently as my wallet. As a teenager, I would wake up on a Sunday morning (well... afternoon) and Dad would ask me how the party/gathering/pathering (which was halfway between a party and a gathering or something) was the night before. I would give him the usual descriptive, imagination-filled summary a teenager gives of a momentous event... “good”. But one time, I told Dad that my ears were still ringing. He was pissed. He told me that was an indication of noise damage. He explained to me that we have little hairs in our ears that pick up sound, and when they get damaged/flatten/break, you can never repair the loss. (DISCLAIMER: Dad is not an audiologist, and neither am I, so the accuracy of the previous explanation is probably questionable.) 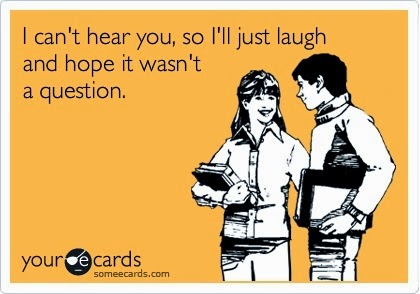 My dear Dad has a few theories as to how his hearing deteriorated. He lived in the Middle East (as in Jordan, not the mid-eastern suburbs of Adelaide) for a couple of years as a young engineer. One day, he was sitting cross-legged next to an Arabian man, drinking Chai tea decades before it was fashionably hipster. The man suddenly fired his handgun right between Dad’s feet. Because FUN. Dad, who had performed an accidental somersault and ended up in an irrigation ditch in surprise, had a ringing in his ears for days from the gunfire. Dad also recalls dive-bombing into a waterhole in his many years of being a big kid, and feeling the water clap over his ears, which was enough to leave them hurting for sometime afterwards. And most awesomely of all, Dad remembers one balmy night in February 1973, at the Rolling Stones concert in Memorial Drive. He was 20 metres from the front (so could have touched Mick’s pouty lips), and remembers watching a girl closer to the stage on the shoulders of her boyfriend. She was near the speaker, and suddenly she reached up and grabbed the side of her head, as blood started pouring out of her ear. Her eardrum had exploded – with awesomeness, granted, but nonetheless problematic and painful. Dad’s eardrum didn’t explode, but he was still close enough to be damaging his hearing for life. Any one of these experiences probably wasn’t enough for Dad to end up with his present hearing disabilities, but combine them all, toss in a lack of knowledge about the dangers of loud music, and you end up with a dear old Dad who has been missing every third word of conversations for years.

The bit that gets me is picturing Dad at his first appointment with an audiologist. The audiologist put his hand in front of his mouth, and said “cat, pat, mat, that”, and asked Dad to distinguish between the words. Dad could only hear “at...at...at” because he had already lost the ability to distinguish between consonants. We are generally unaware of how much we subconsciously lip-read during a conversation. For Dad, it is much more important. The hipster fashion of beards and moustaches creates a problem for him, because anything that hides the mouth is hindering his lip-reading abilities. Mumblers are a problem for him too, and I will often warn my friends to speak clearly and a little louder than usual around Dad so that he can hear them*. Animals that talk in movies don't help either... Babe was a struggle for him, because that little pig just does not enunciate.

At the risk of exposing my wealth of uncoolness, Dad's difficulties has made me so precious about my hearing that I stuff tissues in my ears when the music is too loud on the d-floor. No, really. I will tear off little bits of tissue, roll them up, and use them as earplugs, just to take the painful edge of the noise. Or I will leave the bar**. At that volume, absolutely no good song is worth sacrificing my ear hairs (to be clear... my ears aren’t hairy.... I mean the inner ear hairs that pick up sound... ew...).

So, kids, even if they stick out like taxi doors or make you look like an elf, love your ears. Because the scariest thing I read (at vicdeaf.com.au) said this: If the exposure to loud sound continues, the damage to the hearing system that results is permanent, irreversible and will not respond to any medical or surgical treatment. Holy shit balls. Be careful with headphones. Don’t stand near speakers. Stuff tissues in your ears if the music is too loud, or better yet, get the hell away from it.

Go ahead. You can call me a Nanna if you want.

At least I’ll be able to hear you.

*Fortunately, Dad has a brilliant sense of humour, and his hearing has often provided us with big laughs. A housemate of his used to say “John, telephone!”, and watch as Dad would go and pick up the phone and say “Hello? Hello?? Speak up!”... when there actually was no one on the other end. My sister and I used to love going through drive-thru’s with him, because he could never understand the voice coming from the speaker. The speaker would ask “would you like anything else with that?”, and Dad would think she had asked about sauce, so he’d say “tomato” and drive on to find a confused-looking girl at the next window, wondering if he would like a whole tomato. And then there is the countless times he misinterpreted what someone said to him, and gave a completely random response. Dad’s rule: He can only politely ask “I beg your pardon?” twice, and if he doesn’t catch the comment on the third try (because the person is still mumbling!), he will just take a random stab at an appropriate response. He reckons he has a 50/50 chance of pleasing them, or having them walk away questioning his mental health.

** A report I was reading from VicDeaf was very interesting, and suggested regularly resting your ears. So if you are on the dance-floor, wander outside or even to the ladies’ for ten minutes and give you ears a break (unless Spice Girls comes on, in which case, run back inside, dance, and then start the break again....). 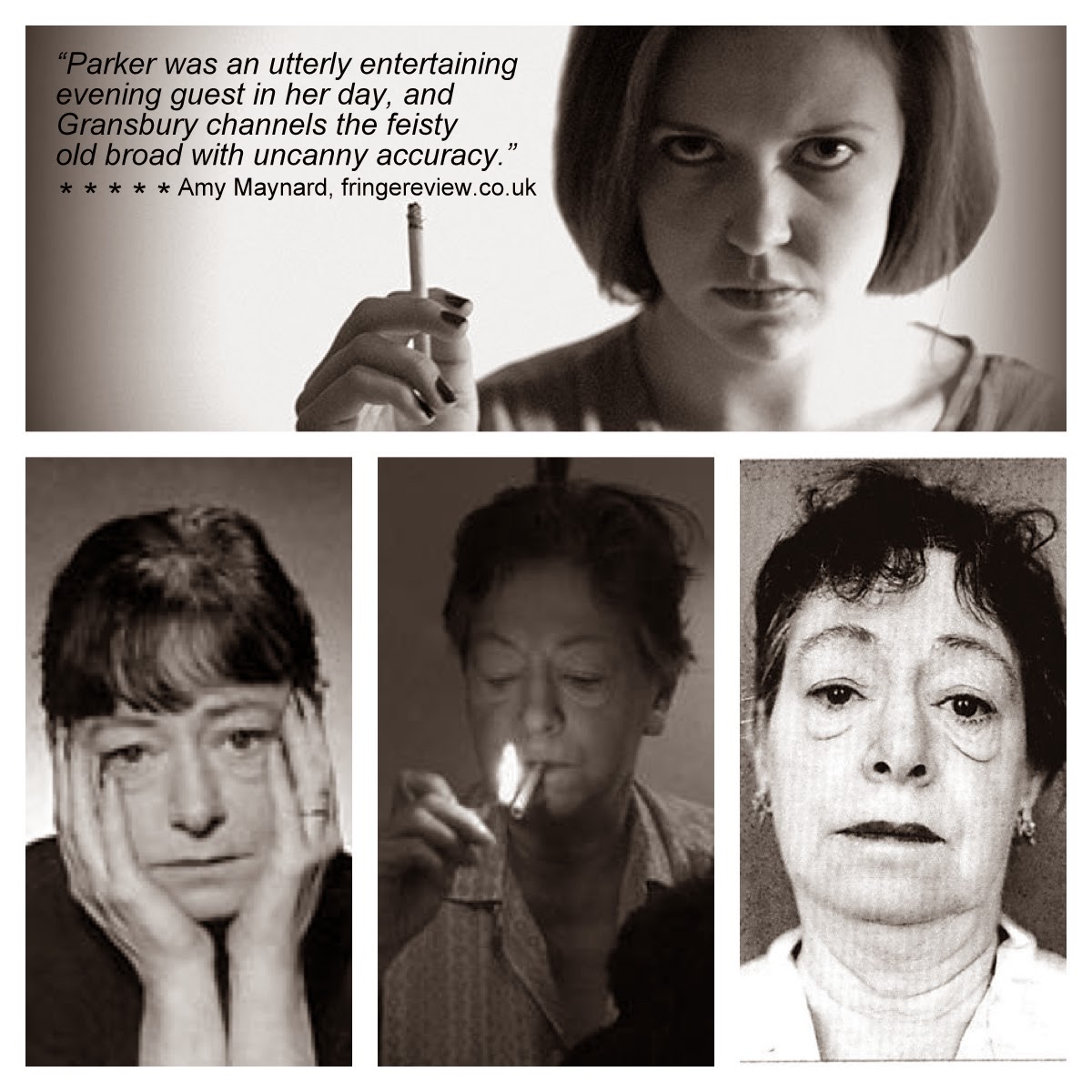